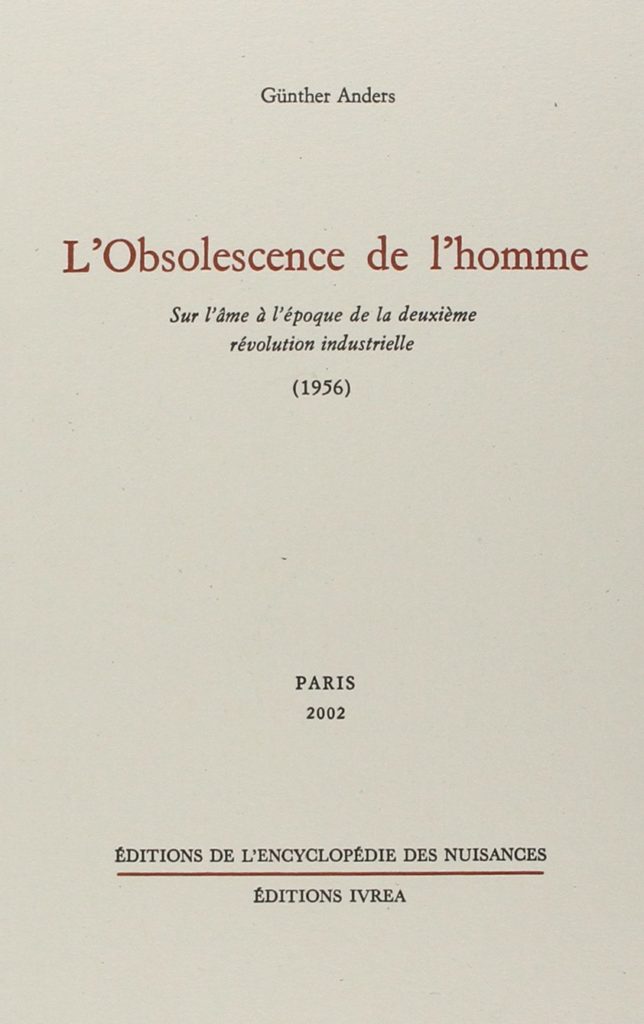 “To stifle any revolt in advance, it should not be done violently. Methods like Hitler’s are outdated. It suffices to create such a powerful collective conditioning that the very idea of ​​revolt will not even enter the minds of men.

The ideal would be to format individuals from birth by limiting their innate biological abilities. Then, we would continue conditioning by drastically reducing education, to bring it back to a form of professional integration. An uneducated individual has only a limited horizon of thought and the more his thought is limited to mediocre concerns, the less he can revolt. We must ensure that access to knowledge becomes more and more difficult and elitist. May the gap widen between the people and science, that information intended for the general public be anesthetized from any content of a subversive nature.

Especially no philosophy. Here again, we must use persuasion and not direct violence: we will broadcast massively, via television, entertainment that always flattering the emotional or the instinctive. We will occupy the spirits with what is futile and playful. It is good, in incessant chatter and music, to keep the mind from thinking. We will put sexuality at the forefront of human interests. As a social tranquilizer, there is nothing better.

In general, we will make sure to banish the seriousness of existence, to make fun of everything that has a high value, to maintain a constant apology for lightness; so that the euphoria of advertising becomes the standard of human happiness and the model of freedom. The conditioning will thus produce such an integration of itself, that the only fear – which will have to be maintained – will be that of being excluded from the system and therefore of no longer being able to access the conditions necessary for happiness.

The mass man, thus produced, must be treated as what he is: a calf, and he must be watched as a herd should be. Anything that can lull his lucidity to sleep is good socially, anything that threatens to awaken him must be ridiculed, stifled, fought. Any doctrine implicating the system must first be labeled as subversive and terrorist and those who support it must then be treated as such. “

This describes rather accurately and realistically the situation we are experiencing today in 2020, which we have seen worsening in this direction in previous decades, and which therefore is expected to continue to worsen.

The big question is whether we can do something about it.

We can even reason in an even more global way by considering that if in a few decades (or before …) Man finally succeeded in the extinction of his own species, this would not be a great loss for Nature as a whole, on the contrary.